Mr Sykes says he does not predict price, simply follows. He appears to be selling chart patterns which I at least can not get to work.

The images below show one potentially better route. AYTU saw accumulation of stock in the days leading up to and including 9th March 2020 on significantly increased volume. The stock price continued to decline.  On 10th March 2020 an announcement was made (Covid related) and the stock spiked. By that time it was too late to buy – the stock had rocketed in the pre market. On 12th March 2020, the company announced a secondary offering. Funny that!

Such research may be rather more useful than that provided by Mr Sykes…but time will tell. 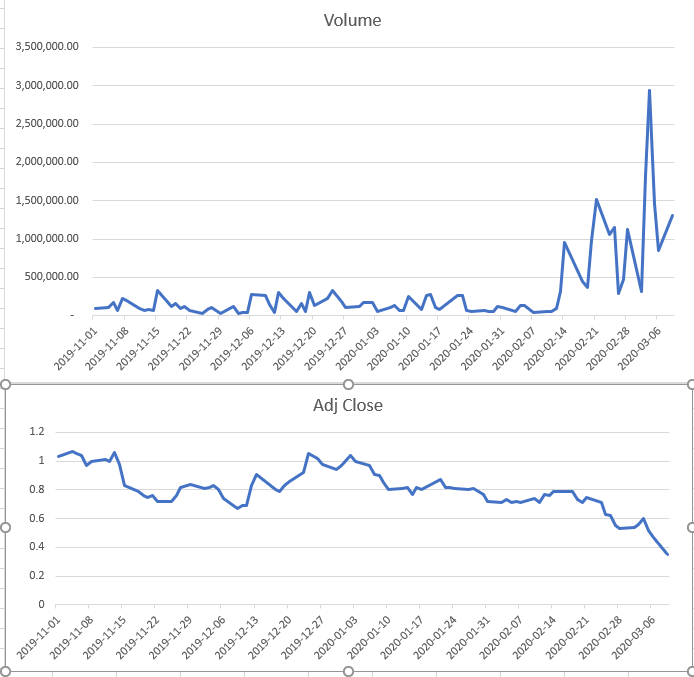